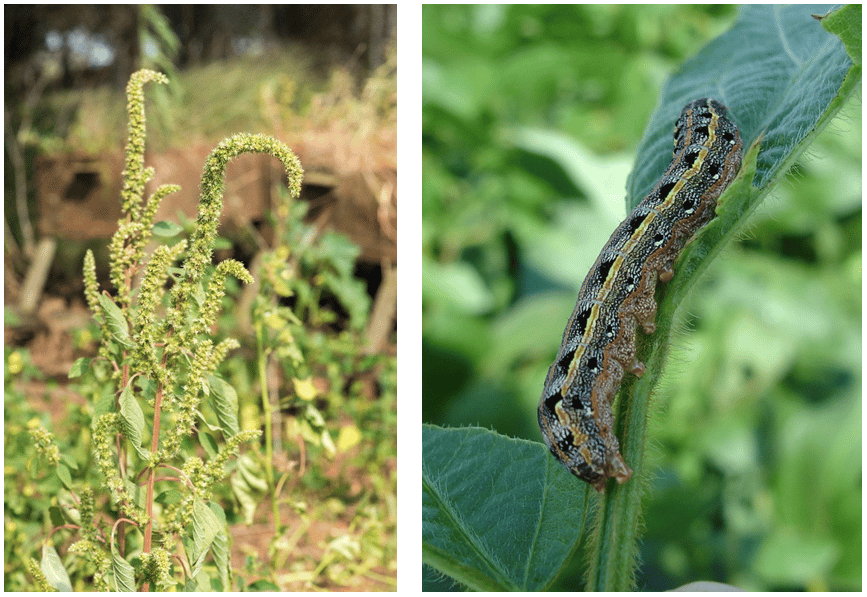 When a pest becomes resistant to a pesticide, the resistant pest can become a serious threat to our livelihoods, especially when the pesticide it is resistant to is the most widely one used for control. One example is glyphosate. 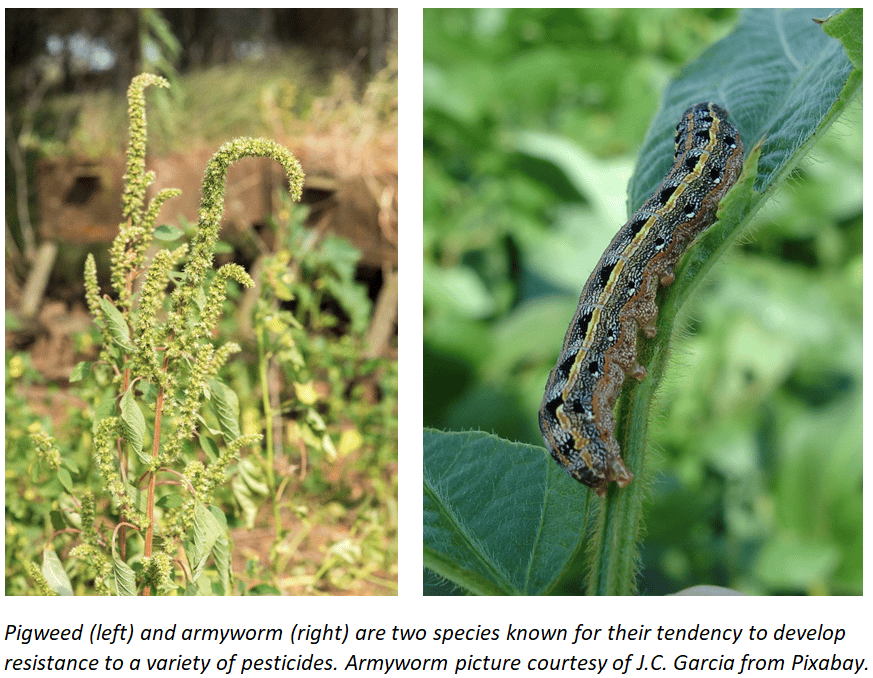 In 2022 there are 38 weed species that are known to have developed resistance to glyphosate.

What is pesticide resistance?

Pesticide resistance refers to a change in the sensitivity of a pest population to a pesticide, resulting in the failure of the pesticide to control the pest. Today, a variety of pests, including weeds and insects, have been shown to be resistant to pesticide products.

Why does pesticide resistance occur?

Pesticide resistance is one of many battles that farm managers must fight every year. At the heart of that battle is herbicide resistant weeds.

What is a herbicide resistant weed?

Herbicides do not cause resistance but instead select for naturally occurring resistant individuals within a population.

Herbicide resistant weeds exist in any given population. When herbicides with the same mode of action are used in the same field year after year, the repeated applications act as selection pressure for resistant weeds. Eventually, the entire population of weeds within the field maybecome predominantly resistant to the herbicide that originally could control the population.

When resistant weeds are left to grow in a field, they can produce hundreds of thousands, and sometimes even millions of seeds, making the resistance problem even bigger.

The following management practicescan help slow down or prevent the establishment of herbicide resistant weeds:

Resistance management helps extend the life of the arsenal of pesticides that have are carefully developed, tested, and regulated at high cost by the US Environmental Protection Agency. Losing the effectiveness of any one of these pesticides due to the development of resistance should not be allowed to happen.

Brewer International has been a leader in land and water chemistry since the 1980’s and for over 40 years has proudly served it’s national and regional distributors.