How to Prevent Fish Kills in Ponds 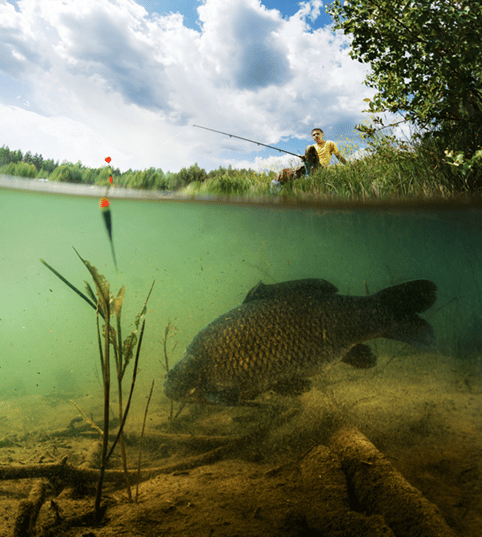 How to Prevent Fish Kills in Ponds

Fishing is an important part of human culture whether it be for food or recreation. There is always some fishing going on somewhere in the country every day of the year, regardless of the weather. Encountering dead fish floating around in a pond, or fish kill would no doubt cause concern.

What is fish kill?

Fish kill, also known as fish die-off, generally refers to the undesirable death of fish in aquatic systems. Fish kills can result from a variety of causes including weather, mismanaged vegetation, disease, or chemical spill. The most common causes are weather and mismanaged vegetation and the interaction of the two. The critical parameter is oxygen level. To sustain fish and all other aquatic life, oxygen levelsmust be maintained at 4 parts per million or higher.

During the summer months, abundant vegetation is produced by a variety of aquatic plants and algae that grow in ponds.Oxygen production resulting from photosynthesis is highest during summer. This is because warm water and long hours of daylight lead to maximum productivity by aquatic plants and algae. However, as oxygen is being produced it is also being used for animal and plant respiration and organic matter decomposition, which is also high in the summer.

When oxygen use for respiration exceeds oxygen production from photosynthesis, summer fish kills due to insufficient oxygen will occur. However, other situations in the summer can occur and which can lead to fish kills.

Some causes of summer fish kills

Excessive vegetation production – Ponds can become “choked” with vegetation, especially during the late summer months. When this happens, problems can arise during a hot, calm, and cloudy day that leads to less oxygen being produced. If oxygen consumption within the pond remains at the same level,the result may be fish kills.

Late-summer herbicide treatment – Waiting until the pond is choked with plants before initiating any control measures can lead to a serious oxygen problem if all the vegetation is treated with an herbicide/algaecide. The massive die-off of the treated vegetation leads to a build-up of organic material which begins to decay in the warm water and requires large amounts of oxygen to complete decomposition.

In winter, the oxygen produced via photosynthesis by green plants and algae is greatly reduced. In addition, the green plants that remain alive during winter produce less oxygen because their metabolism slows in cold water. Oxygen levels in water can remain high because aquatic animal metabolism and oxygen-consuming decomposition processes are greatly reduced in cold water.

Some causes of winter fish kills

Winter severity – When the winter season is mild, little or no ice forms on the pond resulting in no fish kill due to adequate oxygen levels. However, if the winter season is harsh the thickness of ice on the pond will negatively affect the amount of photosynthesis that occurs at lower depths. Snow cover on top of the ice further reduces the amount of light available for photosynthesis leading to less oxygen production.

Pond volume – The more water volume in a pond, the less likely the pond will experience winterkill. Fish over-winter better in larger and/or deeper ponds. For example, a pond that averages 6 feet deep will have more winter oxygen and fewer fish kills than a pond of a similar size that averages only 3 feet deep.

Decomposition – The amount of dead aquatic vegetation at the bottom of the pond during winter will determine the amount of oxygen that is available for aquatic life. High amounts of dead aquatic vegetation will likely lead to fish kills. Ponds with a very dense aquatic plant community in summer are the most susceptible to fish kills during harsh winters.

Fish biomass – A pond that contains much fish will experience a faster decline in oxygen than a pond with fewer fish. Sometimes the number of fish during the winter may exceed the capacity of the pond to sustain the population leading to fish kills.

How can fish kill in ponds be prevented?

Ultimately, once the fish kill is underway, it is usually too late to stop it. The key is preventing it from happening with good strategies for managing aquatic vegetation.

Brewer International has been a leader in land and water chemistry since the 1980s and for over 40 years has proudly served its national and regional distributors.