Pest Biology and The Ecology On Your Land 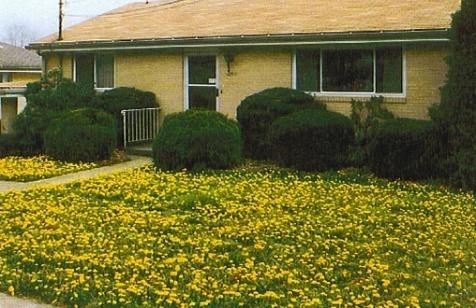 Pest Biology and The Ecology On Your Land

Biology is the study of all life or living matter while ecology is the branch of biology dealing with the relationships of organisms with their environment and with each other.

Every living organism has a life cycle pattern that is synchronized to genetic and environmental cues.  With this understanding, it is possible to predict life cycle stages of pest organisms and use that knowledge to target management efforts at specific life cycle stages. This approach has helped managers of terrestrial systems stay ahead of problematic weeds such as common dandelion.

Dandelion (Taraxacum officinale) is a problematic perennial weed species that is commonly found in the lawns of homeowners in the United States. Despite having a beautiful yellow flower that would otherwise brighten a person’s day, the appearance on lawns in spring usually upsets many homeowners. The usual remedy is to spray an herbicide they purchase from a hardware store. The herbicide may appear to work in the short-term but rarely gives the desired long-term relief. As such, casual dandelion control becomes a yearly habit and the dandelions become forever established in the lawn from where they are able spread misery to other homeowners.

Dandelions can reproduce vegetatively and by seed, which gives the species two ways in which to spread. Understanding the life cycle habits and reproductive traits of dandelion provides ways to manage the species. For instance, it is common knowledge that dandelions will flower during the spring and each flower produces several seeds. Spray applications in the spring are routine but provide little control nor do they prevent seed production. On the other hand, understanding how perennial plants prepare for winter provides us with a vulnerable window of opportunity for this species.

Following the first overnight frost event in the fall of each year, perennial plants prepare for winter by sending reserves to the underground plant part, which in the case of dandelion is its root. In the fall, dandelions are in the rosette vegetative stage and can be spot sprayed to deliver pesticide that would be translocated to the root as is typical of perennials at the time of year. If properly applied, the pesticide will then proceed to kill the root and the plant dies. Thus, no flower will emerge in the spring and with that no seeds will be produced. And, most importantly, no angry homeowners.

Pesticide Safety: 10 Things that Must be on a Pesticide Label