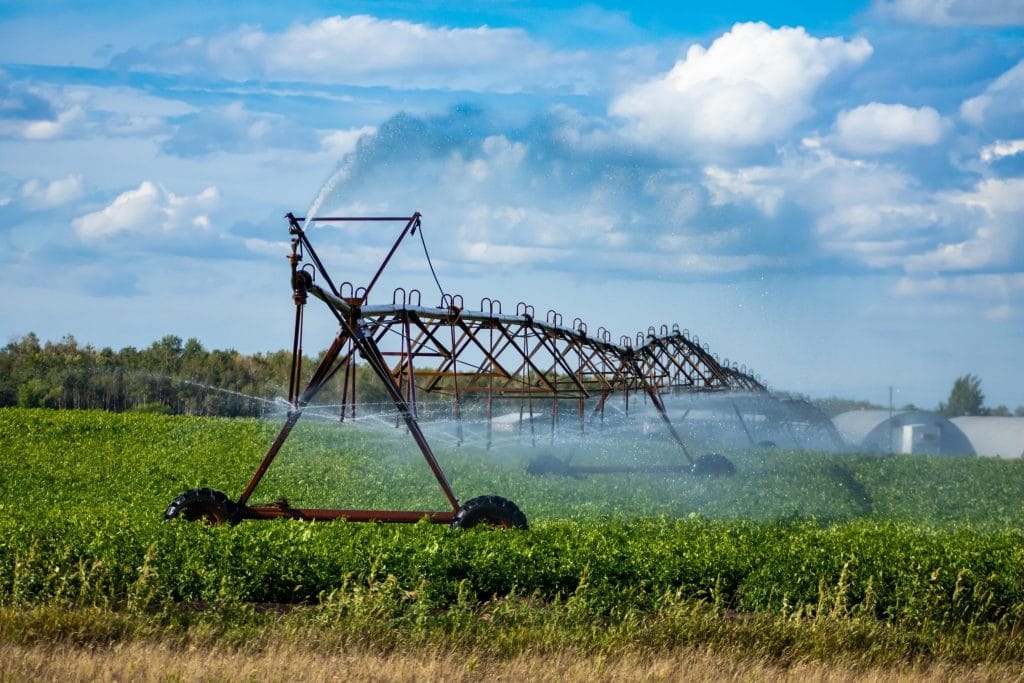 At the end of every growing season, farmers put away most of the tools of their trade, make repairs to some that need it, while others are simply cleaned and left in place until the next season.  Tractors, harvesters, and similar equipment may be stored during the winter months or perhaps repaired prior to storage.

What about irrigation systems?

First, an irrigation system is a method of delivering water to an area where it is needed but is lacking.

Second, irrigation systems are common today and can be seen supplying water to lawns and gardens in urban areas, and crop fields in rural areas.

Third, irrigation systems are vital to agricultural systems in the United States, and worldwide, and are vital to our livelihoods.

Fourth, without question, we MUST maintain irrigation systems by keeping them clean.

Why do irrigation systems need to be clean?

Before we answer that question, let’s talk about irrigation techniques.

Irrigation of crops has been around since man started to cultivate crops. At first, water was applied to crops manually, a low-tech method that is still being used today. Though it was an effective method used to apply an essential resource to crops, manual irrigation techniques are labor intensive and not efficient for applying water to meet the needs of crop growth on a large scale.

Eventually, new techniques were developed that made it possible to automate crop irrigation. Further advancements over the past several years has unearthed a number of highly technical and specialized crop irrigation systems. These advanced irrigation systems require an infrastructure of pumps, pipes, and more to deliver the water from its source to the crop. Two examples are drip irrigation and spray irrigation.

What is drip irrigation?

What is spray irrigation?

End of season maintenance checks make it possible to also examine gearboxes, wheels, tires, and other parts that some irrigation systems rely upon for the delivery of water.

Okay, let’s now get back to talking about why it’s vital that the irrigation system be cleaned.

It all comes down to the quality of water being used for irrigation and which is delivered by the irrigation system.

Water for irrigation comes from a variety of sources that include lakes, ponds, rivers, wells, and municipal water systems, and may have large differences in quality. For example,

Analyzing the quality of water sources prior to installing an irrigation system will help identify inorganic solids, organic solids, and dissolved solids particular to a water source. The local Cooperative Extension Service County agent can supply a list of laboratories within the state that provide this service.

Now that you know the quality of the water, what next?

The irrigation system flush at the end of the growing season helps clear out the buildup of unwanted material in the pipes, like bacteria and residual calcium salts.

Using an acid to flush out the pipes at the end of the growing season helps to clean out salt deposits of manganese, calcium, iron, and other cations commonly found in water.

What are some examples of products that are specifically designed to clean irrigation systems?

Read the label and use caution

When flushing an irrigation system using an acid-based product, like Royal Flush™ and Royal Conditioner™, wear proper safety equipment to protect your face, hands, and skin.

Brewer International (https://brewerint.com/) has been a leader in land and water chemistry since the 1980’s and for over 40 years has proudly served it’s national and regional distributors.

Pesticides 101: Introduction to Adjuvants and Surfactants